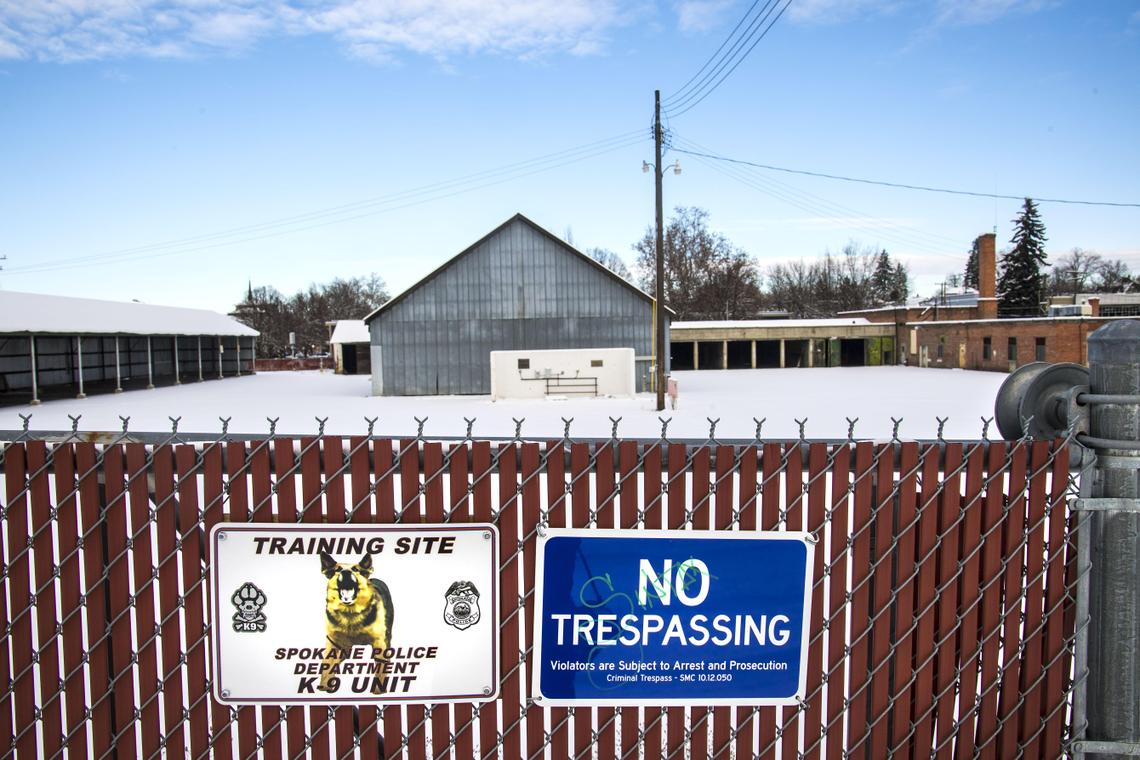 City property at 1433 N. Normandie St. was once home to horse stables. It most recently was the site of the city’s street operations. (Dan Pelle / The Spokesman-Review)

Spokane is employing some new tricks to sell an old property north of downtown.

Robert Rees, a U.S. Army veteran helicopter pilot and licensed drone operator, received the go-ahead from the City Council this week to pilot a drone above the Normandie complex. The 5-acre industrial site off Mission Avenue spans two city blocks and will be put up for sale after housing a hodgepodge of city maintenance services for more than 100 years.

City staff hope to boost interest in the property with the aerial views of the property, up to 15 stories above ground level.

“The city really grew up around that property,” said Marlene Feist, a spokeswoman for the city. 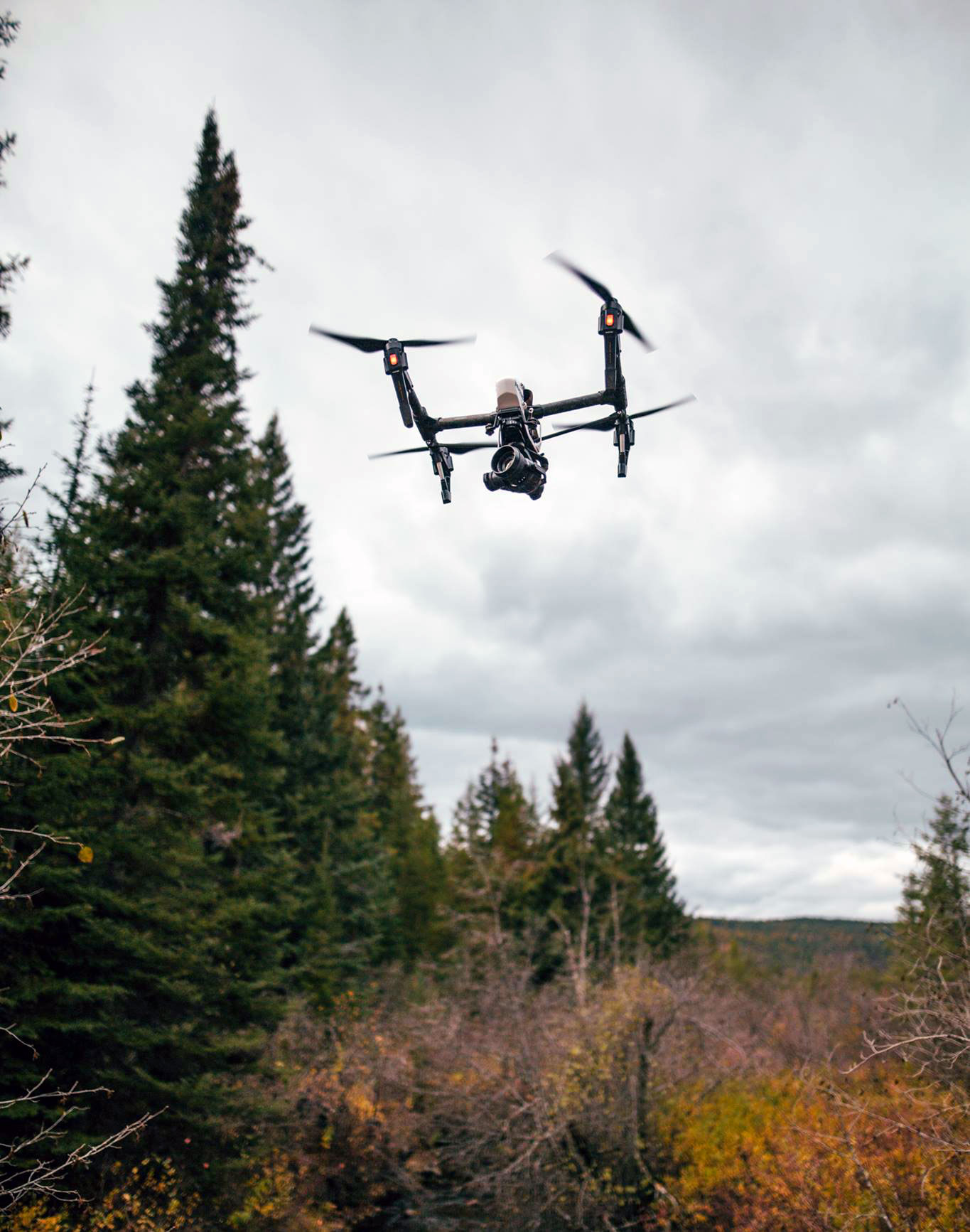 Rees has filmed Palouse Falls, the downtown Steam Plant and several private homes in the Inland Northwest. He will not charge the city for his services, instead using the footage to promote his private drone business, Rees Aerials. An Indiana native, Rees said he took the job to help promote the city he adopted after leaving active military duty in 2006.

“I’ve had the desire to do film work for the city for a while now,” he said. “I just didn’t have the contacts to make that happen.”

Rees will coordinate his flying time with Federal Aviation Administration authorities at nearby Felts Field, and city staff hope to complete the work sometime in the next few weeks. The photography will be part of a package prepared by Ed Lukas, the city’s asset management director, to solicit bids for the property.

Lukas said he reached out to Rees after seeing the drone pilot’s work online.

Drones will allow prospective buyers to see views from the property that previously would have been available only with a crane, he said. The parcel is zoned to allow construction of an office building up to 150 feet tall.

“The drone is just an ideal, inexpensive way to showcase what could happen there,” Lukas said.

The city this fall held a preliminary meeting with neighbors in the Emerson Garfield neighborhood to determine what type of development they’d like to see take the place of the Normandie complex. City Councilwoman Karen Stratton said neighbors expressed interest in mixed retail and residential use, incorporating green space and making the property pedestrian- and bicycle-friendly.

“I think we’re going to see interest from nonprofits, from businesses, and definite interest from the neighborhood,” Stratton said. “It’s a great location.”

J.J. Browne, the businessman and early pioneer of what would become Spokane, sold the land to the city in 1899 for $1, according to city staff. The property is valued today at $2.8 million.

“As much as I like to think I’m a good negotiator at times, I don’t think I could have made that deal,” Lukas said.

Historical accounts of the property are scant, indicative of its history as a location for the perceived mundane maintenance work needed to keep the city’s streets and utilities equipment in shape. Archived maps, produced by the Sanborn Co. to set fire insurance rates for more than 140 years, show little change in the makeup of what was called the “City Corporation Yard” from 1907 onward.

The complex once housed horse stables, which opened out onto Mission Avenue and are still visible, Lukas said. The portion of the property on the east side of Normandie Avenue was briefly suggested as the site of a temporary city market, according to a trade magazine published in November 1908. By the 1950s, buildings housing repair shops, printing equipment and storage had been built on the site. The most recent renovation to any of the dozen or so buildings on the property came in 1957, according to county property records.

In 2009, Police Chief Anne Kirkpatrick and Mayor Mary Verner targeted the block as the potential site of a new evidence storage facility, if voters approved a property tax increase to foot the bill for construction. The measure earned the support of more than half of voters in a special election, but it needed 60 percent to pass.

The City Council declared the property surplus this summer, as the city’s fleet services and street operations moved to the new Spokane Central City Services Center at 915 N. Nelson St., which opened in August 2015. The move consolidated several city departments, and the $16.5 million cost of that facility is expected to be recouped in fuel saving costs as the city moved from diesel trucks to equipment powered by natural gas.

Mark Serbousek, director of city streets, said having all the division’s teams under one roof improves efficiency.

“All the plows are here, it’s all centrally located,” Serbousek said.

Lukas said he hopes to begin advertising the Normandie site early next year, based on a new city procedure for selling surplus property. Based on market values in the neighborhood, the city expects the property to sell for about $2.3 million.

Rees, the drone pilot, said he’s excited to begin work. The self-described technology nut likely will fly with a three-member crew, based on the complex’s proximity to so many other flying craft in the downtown core.

“I thought having drones would be cool, but I’m also really frugal with my money,” Rees said. “I wanted to acquire a cool toy and also be able to pay for it. I never imagined the kind of monster it would become.”

Research assistance from the Northwest Museum of Arts and Culture and the Ned M. Barnes Northwest Room at the downtown Spokane Public Library was provided for this article.